Unlocking the power of satellite imagery for nature conservation

Satellite imagery is transforming conservation. By allowing scientists and practitioners to take an inventory of Earth’s surface and measure changes, we can now understand ecosystem dynamics at a level of detail like never before.

Satellite imagery is already enabling ecologists and conservationists to supplement and, in some use cases, even supplant traditional conservation research methods. This ranges from the rapid detection of deforestation to mining, locating wildlife colonies and other illegal activities causing negative changes to the landscape.

The benefits of monitoring ecosystems and species from space are vast including:

Coupling Airbus' Pleiades Neo satellite imagery with NTT Ltd.’s AI-powered solution, we’re also locating endangered species in hard-to-reach areas. By guiding conservationists on ‘where to look’ in satellite imagery, teams can identify wildlife hotspots and map species’ movements and connectivity of their changing territories across borders. This is helping create heat maps of species movement across reserves to enable conservationists to strategically apply resources to protect them - which is important when working across such large areas. 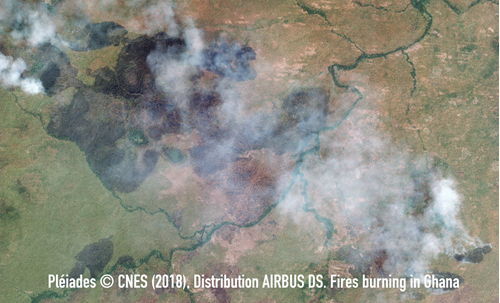 Airbus satellite imagery is also helping ground teams monitor and manage the balance between tourism and conservation, alongside security. Annual satellite captures are helping create up-to-date reserve maps. This new visibility is also enabling managers to decide where to deploy and relocate resources and anti-poaching technologies, such as cameras to provide 24/7 monitoring of weak spots so rangers can get an early warning of threats.

Additionally, the identification of new and changing road networks – gives teams early warnings of potential extraction activities, including poaching, charcoal burning and bush clearing. This will help the team understand where better connectivity is needed within the park, alongside which roads are encroaching into species strongholds, helping managers prioritize where to close off or repair roads. 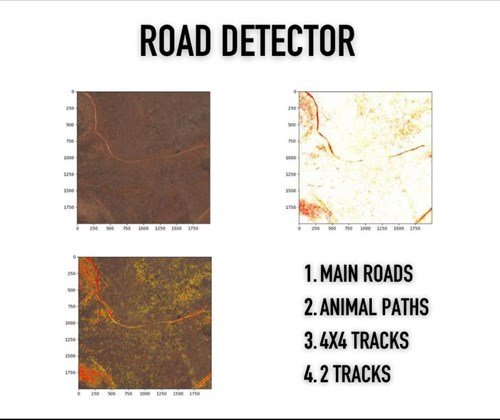 Advancing this exciting connectivity between science, conservation and technology, our most recent project with Airbus Foundation has taken satellite images of the extensive Lorian ecosystem for Northern Rangelands Trust (NRT). This high-resolution satellite imagery of 1900km2 has been sent to NRT researchers to plan conservation activities. These will give a baseline to measure ecosystem recovery over the next ten years for NRT and partners' conservation projects. The project will use the data to define new protected areas, where research will survey species, and categorize and map vegetation types, including the status of the invasive Prosopis juliflora tree, alongside hydrology channels and human settlements.

Furthermore, Kenya government agencies including Museum Kenya, Kenya University and the Kenya Wildlife Service will also work with NRT to use insight from this imagery for planning mitigation of human-wildlife conflict events between elephants, lions and local people. This will help establish wildlife corridors for species and communities to co-exist and thrive together. 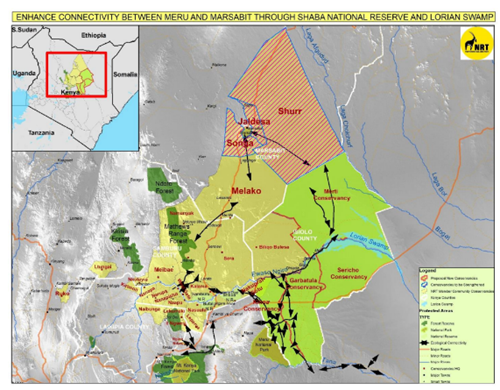 There are still many challenges facing conservationists when using satellite monitoring. Firstly, the size of satellite imagery for processing is huge - often too large for the field team's laptops to manage whilst needing specialist software to handle them. However, in some cases, visualization can be done via streaming access, which is much lighter in terms of image size. Secondly, several factors out of the user's control create a large variability in the quality of satellite imagery, including cloud cover, satellite orbit timings, incident angles and lighting. 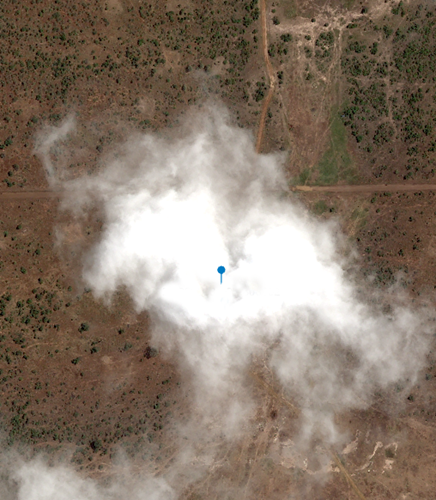 Fig 1 shows imagery from a recent wildlife survey conducted via satellite, where unfortunately cloud cover masked important sightings in this Game Reserve. At the time of satellite image capture, ground teams picked up wildlife sightings at these coordinates. On a day of 97% cloud-free cover, frustratingly this small cloud was the only one obscuring the main objects of interest.

Our partners are working on documenting the pitfalls and successes in applying these methods to real-world situations.

We are thrilled to be working with the following partners for the ongoing exploration of using satellite imagery for nature conservation in these areas. Watch for upcoming reports on our deeper investigation of specific use cases, new conservation applications and trials.

We are thankful for: